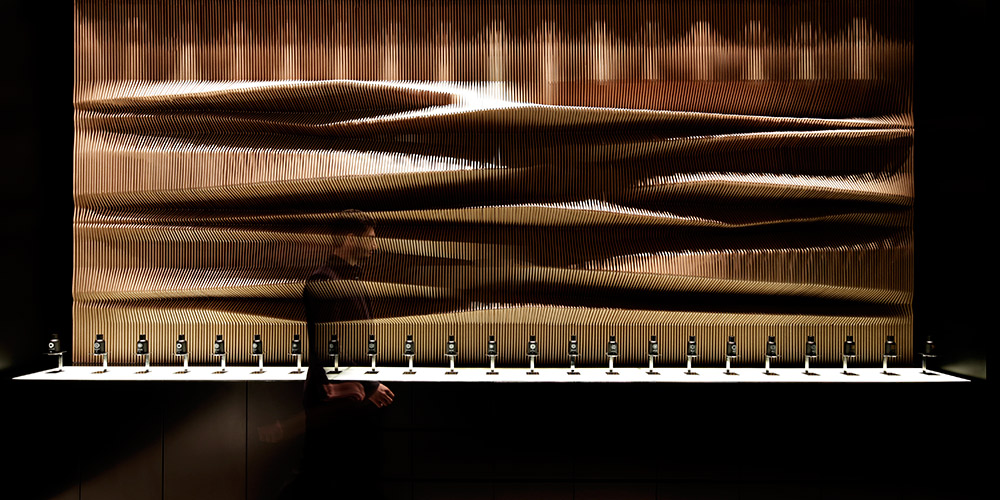 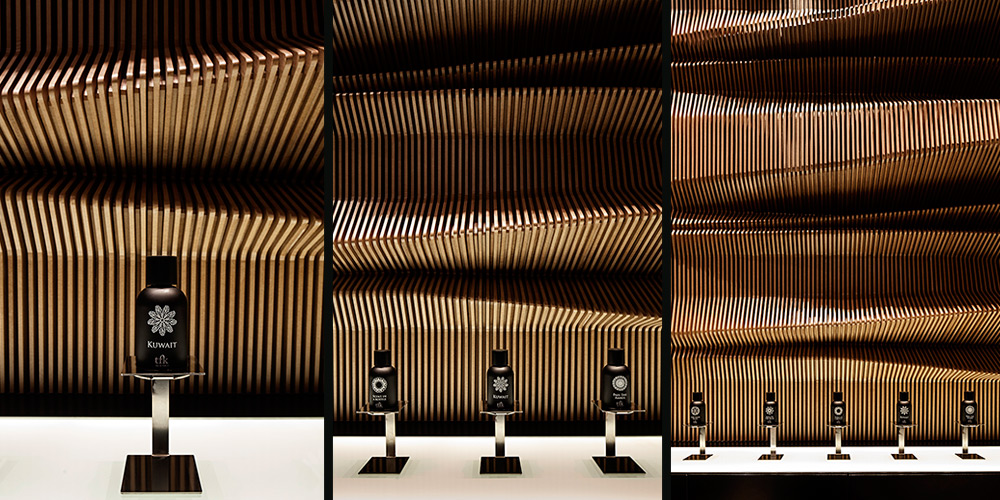 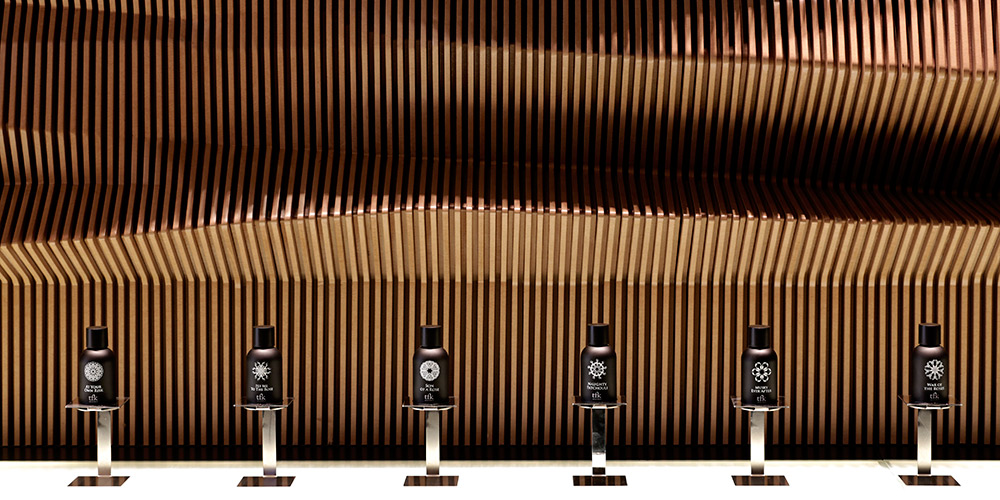 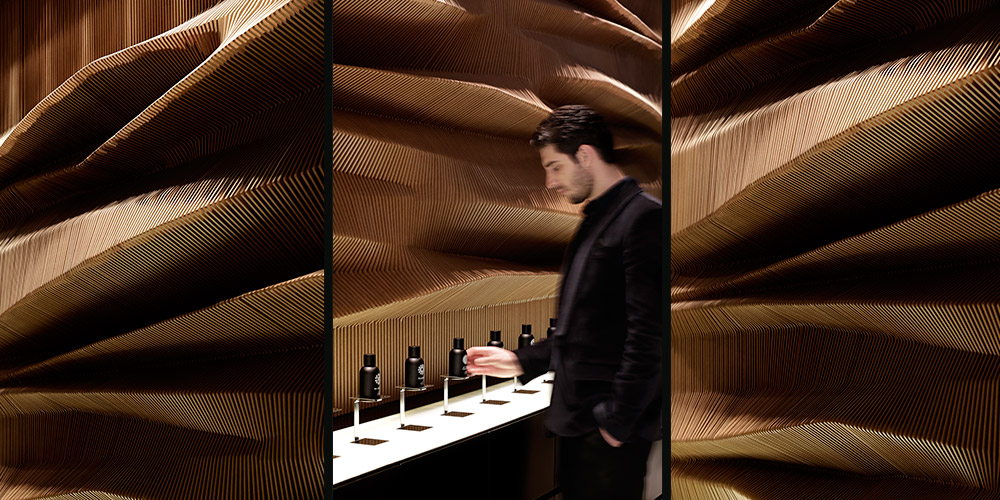 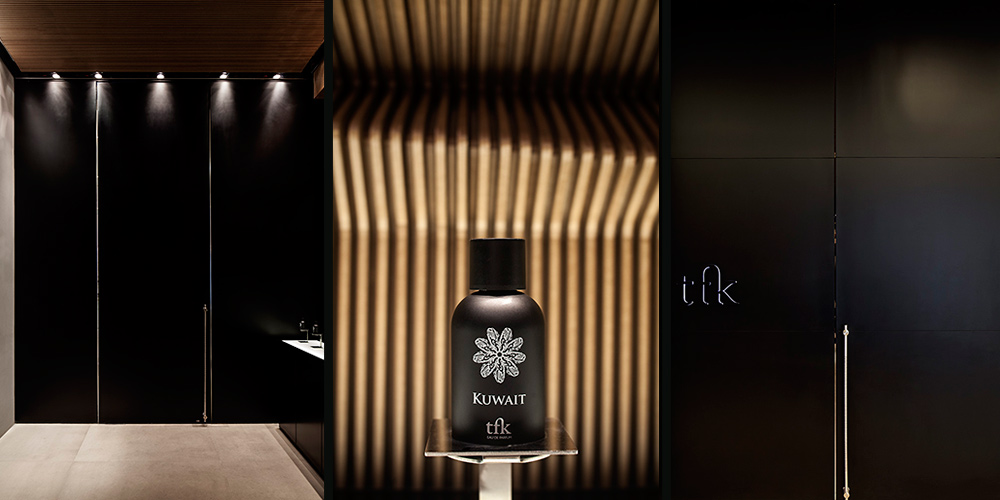 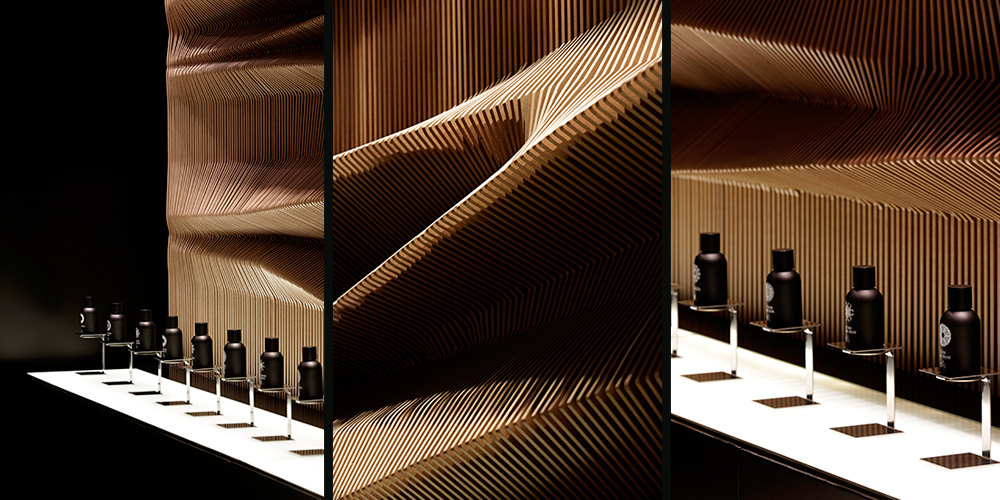 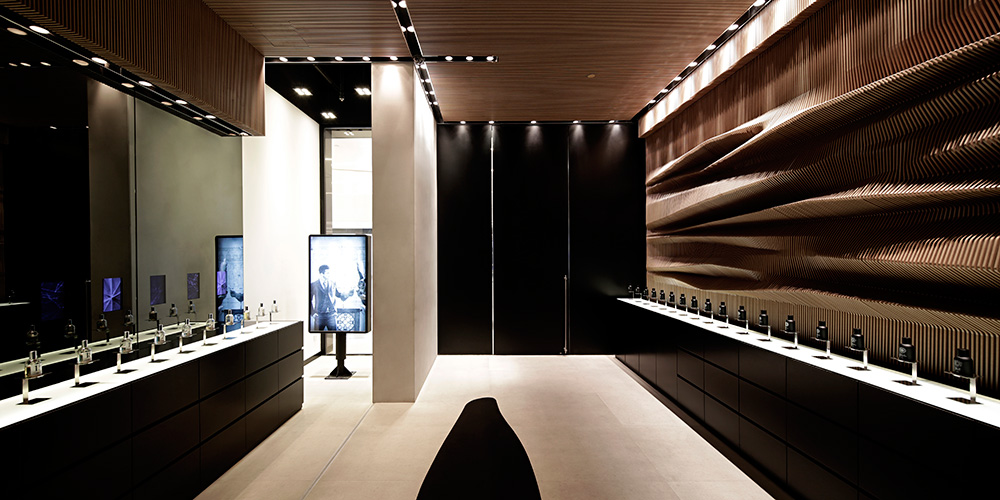 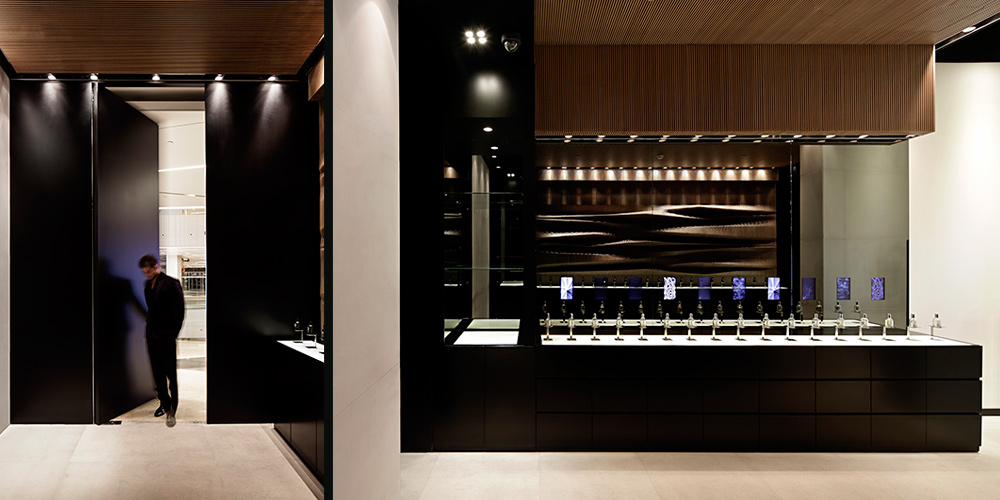 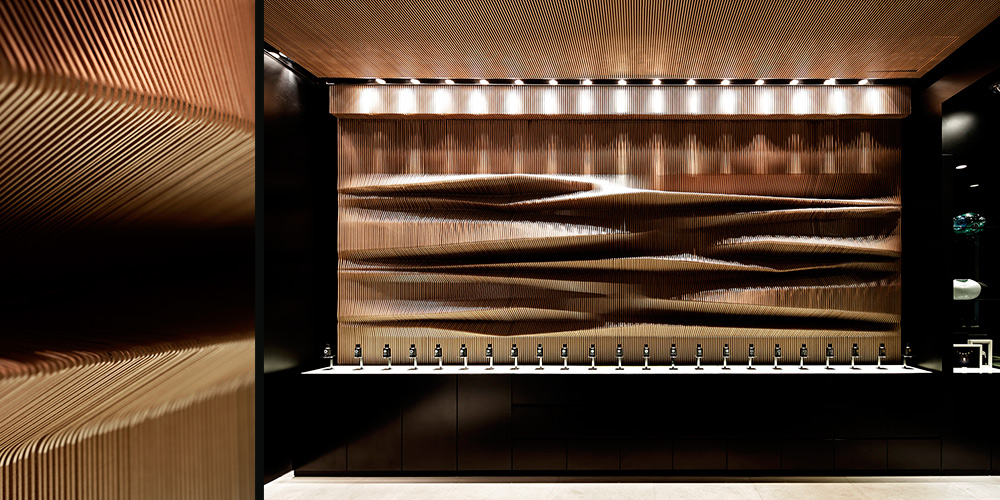 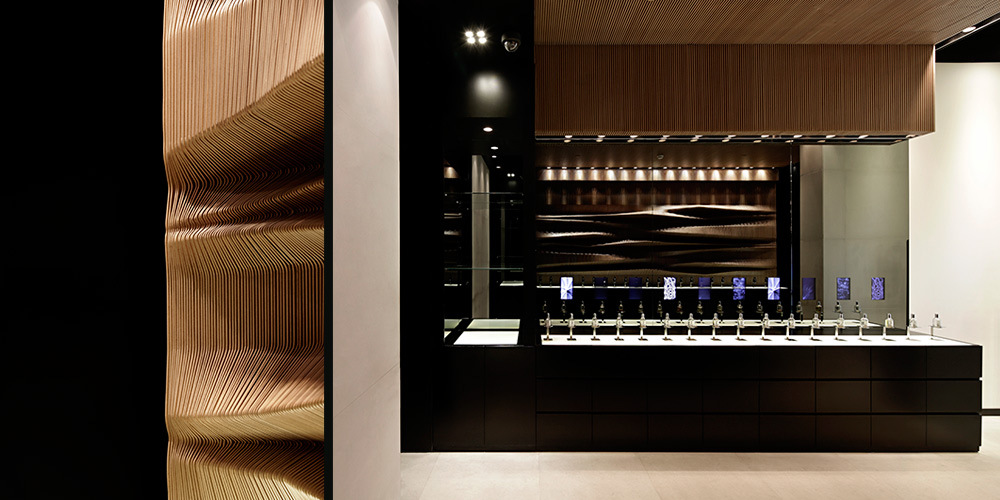 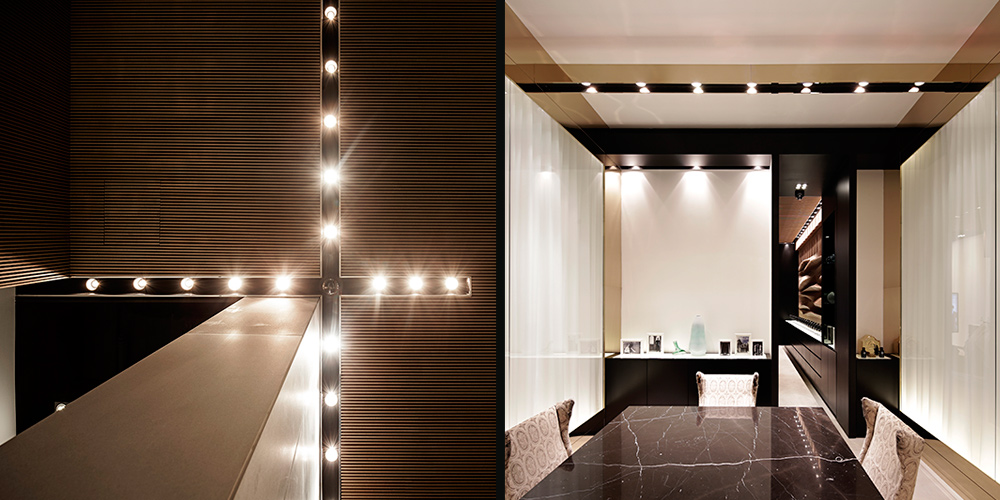 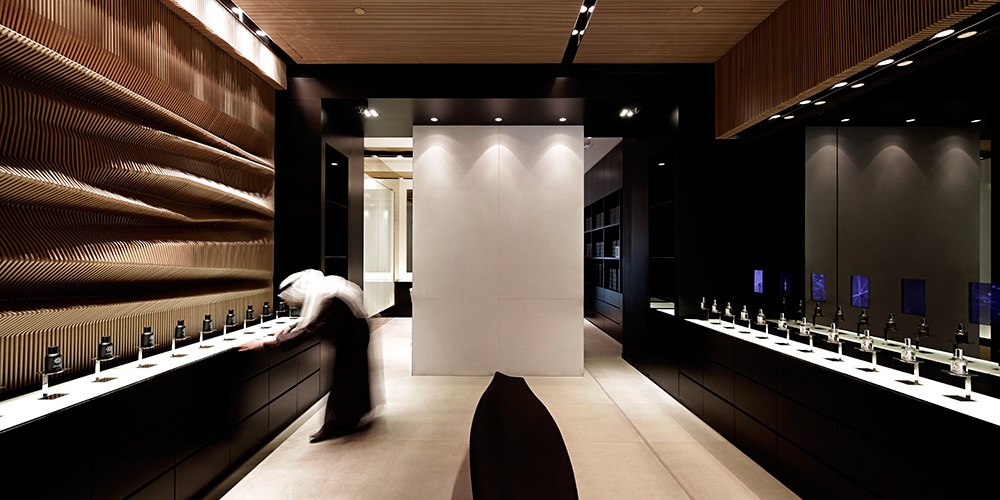 This store, designed by Jassim Al Shehab Architects, located in Kuwait’s Al Hamra Mall, is not an ordinary store.

With minimal and seductive ambience, this is like a secret place, where you can find a fragrance that is treated as a treasure. One of the strongest element in the store is a wooden wall display consisting of 500 laser cut wooden pieces, designed to emulate the smoke of Arabian incense.

This new fragrance house is also the best place to learn with your senses.